I recently recieved my Steam Deck, and I have realised an odd quirk when installing some of my games. I’ve doing all my PC gaming on Linux for a long time, so when I installed Pillars of Eternity to carry on my current playthrough, I was a bit surprised to find that none of my save games were showing up. 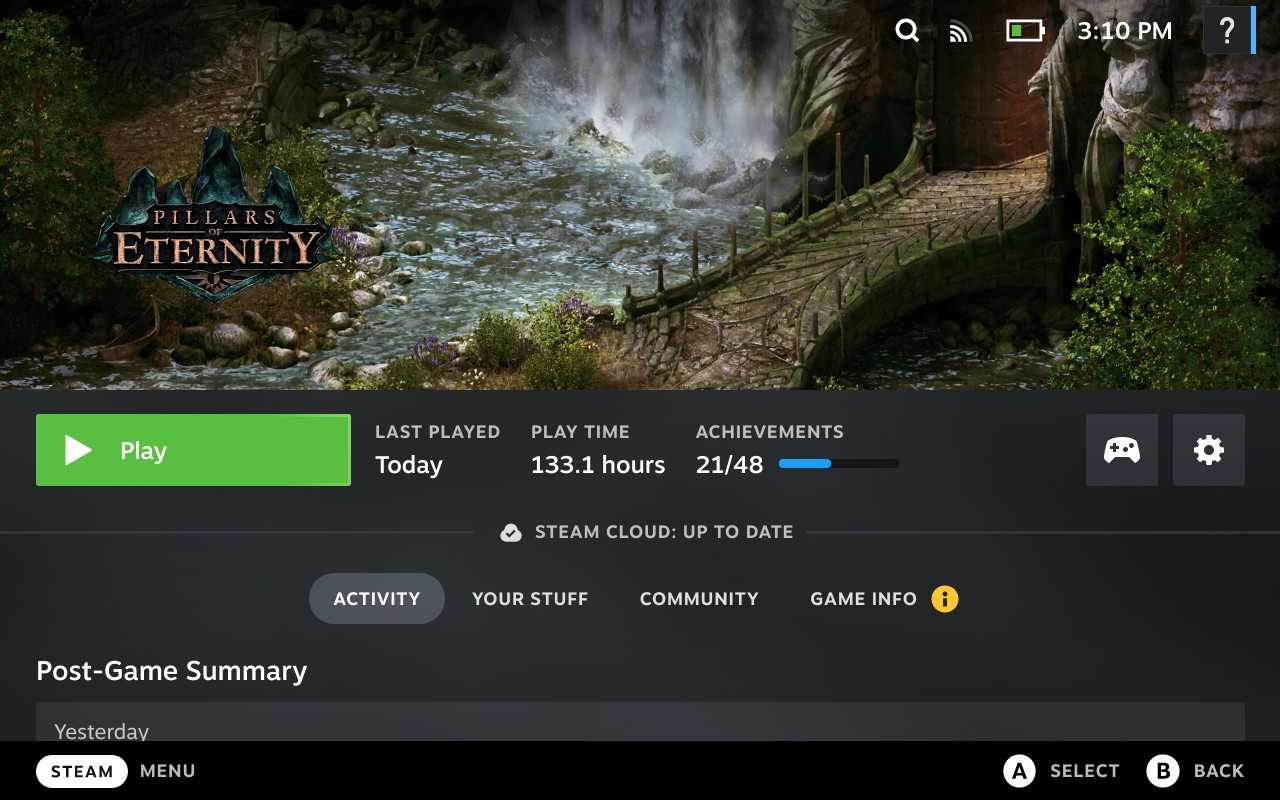 I checked that Steam Cloud was working, and it told me that it was in-sync. I checked on the filesystem at .local/share/PillarsOfEnernity, and there were my savegame files, as they should be, but the game wasn’t seeing them.

I tried creating a new save game, quit and reloaded, and the game found it fine. What was going on?

The answer came when I tried searching for .savegame files in my home folder:

There were all my old save games in ./local/share/PillarsOfEternity, but my new ones were under a a completely different path. drive_c is the clue here, it’s under a WINE prefix! Checking the game’s files confirms that I’ve got the Windows build of the game installed, running under Proton.

One solution would be to copy the old saves into the WINE prefix, meaning the Windows build should see them. This assumes that the Linux save files are compatible with the Windows version of the game, so your mileage may vary.

The other solution which I have found works well for the games I’ve tried, is to force Steam to install the Linux build, rather than using Proton.

Why is this happening?

It came to me as a surprise that games with a native Linux build would have the Windows build installed by default. Especially as this isn’t true for all games. In my brief experimentation, I found that Pillars of Eternity and Nuclear Throne both behave this way, but Wildermyth does not, and installs the Linux build by default.

One possibility is that the former 2 games have a Steam Deck Compatilbity rating, where Wildermyth does not yet. Valve have undertaken a big task in testing the Steam catalogue for Deck compatibility. As many games they are testing require Proton, they may have decided to do all their testing via Proton, and once they have verified a game it will default to the version of Proton it was verified on.

This does make me curious about Valve’s strategy for Linux compatibility. I has assumed that Proton was intended as a gateway to show developers that Linux was a viable platform, to encourage them to produce native builds. But, if “Steam linux runtime” is just one on a list of compatibility tools, and Proton is the default, maybe the strategy is instead to make Proton the preferred option for running games on Linux?