I recently bought myself a Nintendo Switch as an early christmas present. It’s a truly remarkable device, with one of the notable features being the ability to change from handheld to TV gaming mode by placing it in a dock.

While the dock is technically well engineered to make the docking and undocking process simple and painless, the size and shape of the unit make its placement a bit awkward. The dock is designed to stand vertically, meaning placing it on a shelf alongside other flatter devices is difficult. Since the weight of the Switch itself holds it in the dock, laying the dock flat makes the docking fiddly and insecure. Additionally, unless the dock is placed such that the Switch is laid on its front, airflow to the cooling fan is blocked, meaning the console heats up while playing. 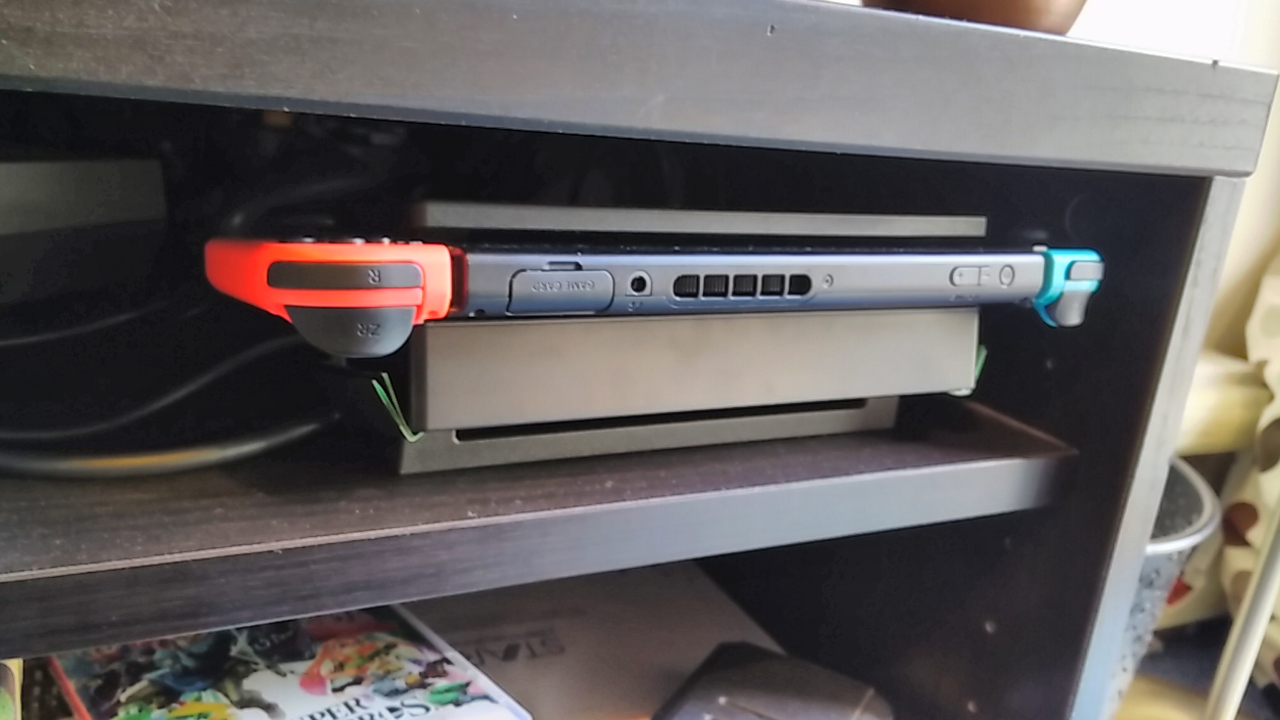 Fortunately, I managed to find a simple solution to both problems. The dock has a flap on one side which hides the HDMI and USB connectors. By using a couple of shims to wedge the flap open and laying the dock on the open flap, this allows air to enter under the dock and into the cooling system, as well as creating enough of an incline that the Switch slides easily into the dock and into the connector. 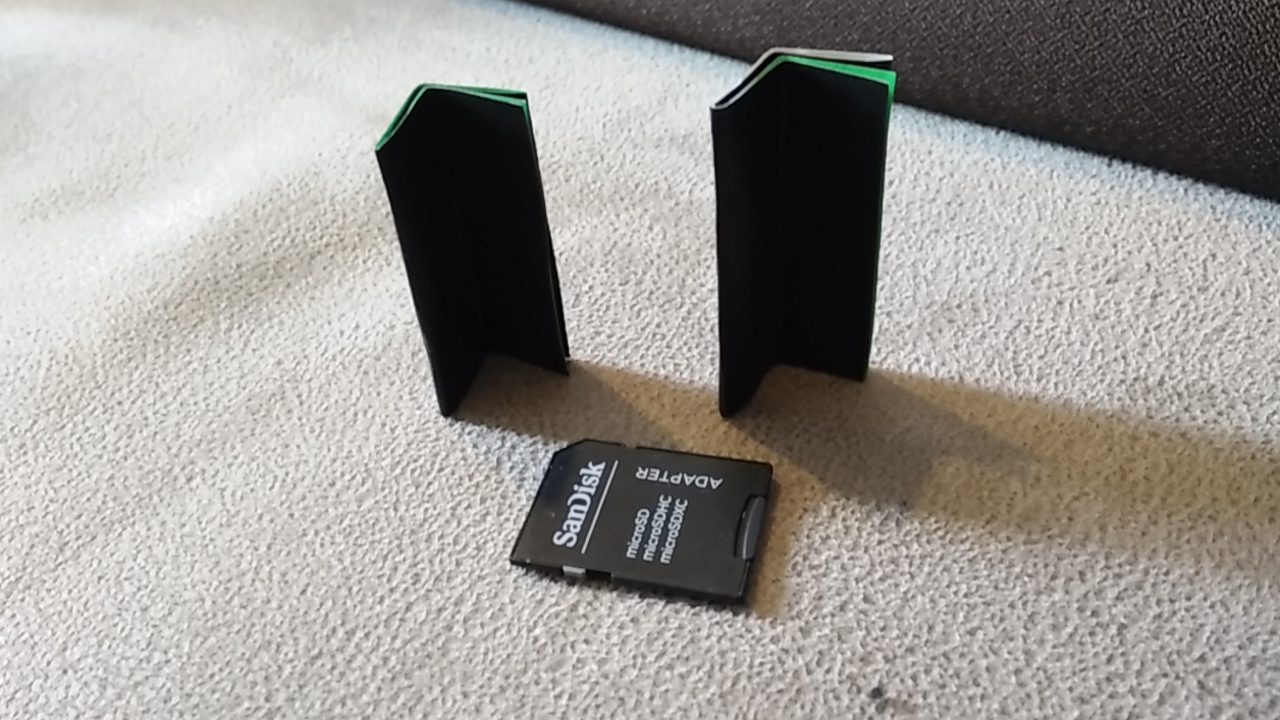 For the shims themselves, I found that some folded over stiff card was enough to resist the weight of the Switch. A more permanent solution could be to 3D-print some plastic shims that locate themselves properly around the edges of the flap.